Nootropics are something that have been around for many decades, they are used to help sharpen up study skills, improve mental focus, and otrher aspects of cognitive function in general. If you do some research on Nootropics, especially prescription nootropics, most studies say they are safe, however, more recent research has shown that they can have some significant side effects, especially with long-term use, in this article I will discuss the different kinds of nootropics available today. 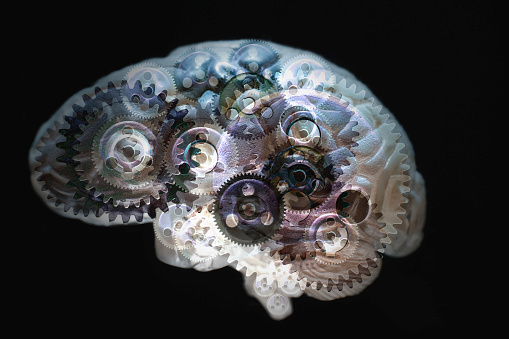 Prescription nootropics should only be used in severe cases of degrading or poor cognitive function in the elderly, long-term effects include toxicity, irritability and mental confusion.

Noopept is a prescription medicine (peptide) prescribed in Russia as a nootropic, it is patented in Russia, U.S and neighboring European countries, Noopept has been used to treat severe cases of cognitive trauma which include both physical and oxidative stress. Noopept besides being prescribed as a Nootropic also has a psychostimulatory effect which is why it is one of the most popular smart drugs prescribed in Russia.

Racetams were one of the first nootropics introduced and are one of the most widely used products of all,  Racetams work by stimulating the receptors in the brain that are responsible for releasing Acetylcholine. It can be said that Acetylcholine is the most significant neurotransmitter in the brain. The reason Racetams are so effective is because they are considered neuroprotective, meaning they can actually speed up the rate in which brain cells reproduce and slow down the rate at which they deteriorate.

Choline is a micronutrient that is essential for proper liver, nerve, and muscle function but it also can help improve mental function when stacked together with Racetams, the reason for this is because Racetams stimulate receptors that produce Acetylcholine. Supplementing your diet with choline ensures that there is plenty of Acetylcholine when brain receptors are activated. Good sources of choline come from foods including salmon, cauliflower, eggs, liver, beef, Brussel sprouts and breast milk.

As aforementioned choline can have a significant impact on cognitive function, but there are also other natural ingredients that when combined together can become a very powerful yet safe nootropic, nootropic supplements don’t have the negative side effects that prescription nootropics have.

There are many different brands of nootropic supplements, in fact, the ingredients will vary depending on what you are trying to achieve, for example, someone who is looking to improve mental focus for academic purposes (studying) would consider a product like NooCube which is developed specifically for that purpose. Bodybuilders need to concentrate more on mood and energy which is essential for intense training and lifting heavy weight, that is why there are special nootropic formulas developed specifically for people who are into bodybuilding and fitness.

You should now have a brief understanding of the different type of nootropics, they are nothing new but can help improve cognitive function, the best solution is to opt for a natural supplement which can be just as effective or even more so than a prescription medication.